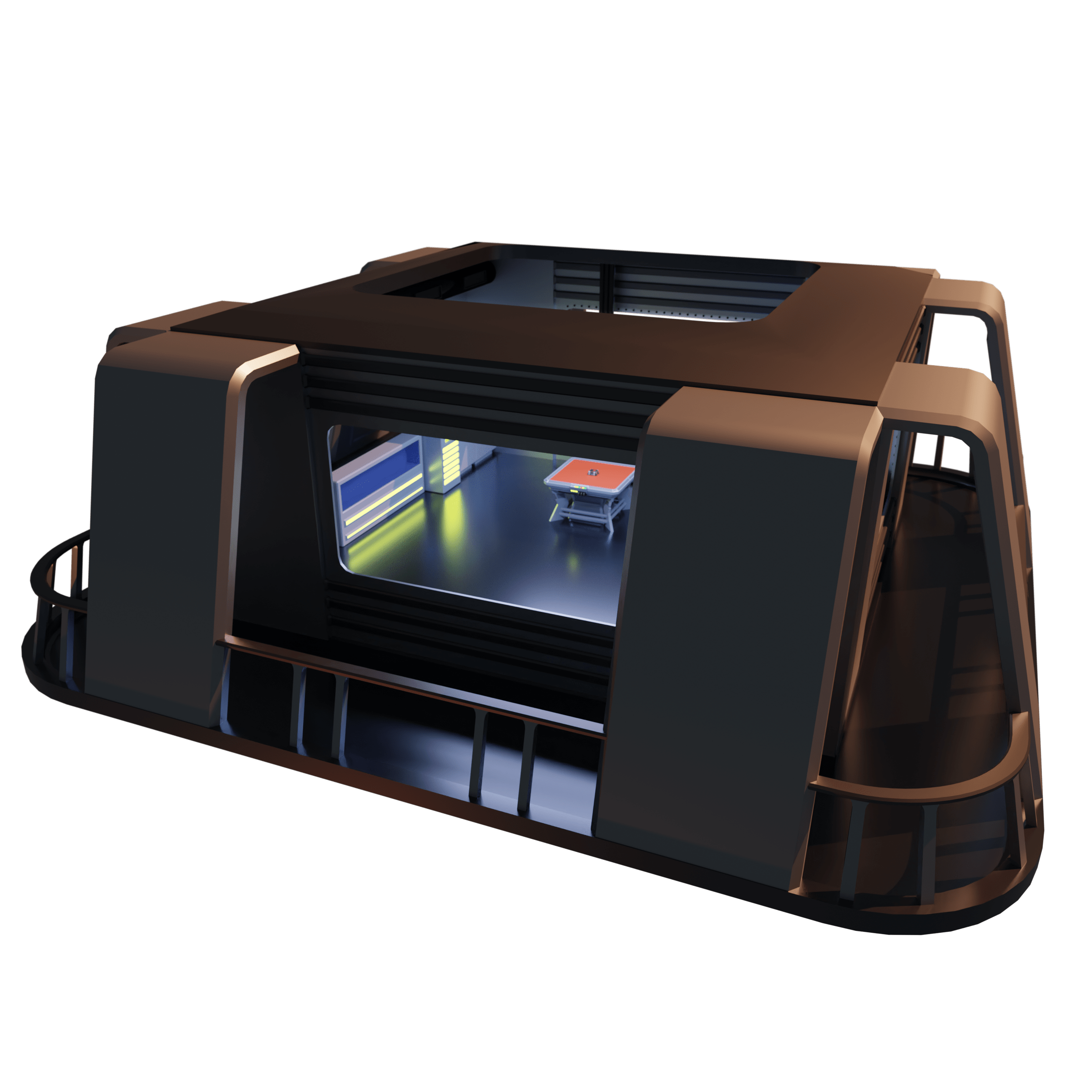 This VR experience was made in 2 Weeks for the Werkschau at University of Apllied Science Potsdam. The idea was to transform the always same space into something different, but always keeping the objects and real space dimensions.

Many VR experiences have the same problem: as soon as you move as a character, whether by teleporting or walking around, the immersion breaks. Even if you can move in real life, you quickly run into tables, chairs or other things. In a 1:1 scale VR experience, this simply cannot happen, which leads to a saver movement through the virtual space. Especially for beginners, this type of VR experience is much more pleasant, because it is more comprehensible and therefore it feels more real.

We built the space base, the terrain and all other objects in Blender. We then imported the 3D models into Unity to arrange them there. The difficult part was to place the objects in the same place as they are in the real world. Another challenge was the logic behind the Magic Desk.

With the Magic Desk, we have a small game element in our VR experience that we also used as a hook for the short story. After landing on the unknown planet, the player has to build up the base with the help of the table before the research team arrives. To do this, the player simply places the objects scattered around the room on the table, which represents the outside world in miniature. The objects then appear in the same place only outside and much larger

This project was very intense due to the tight schedule. But I think we can be more than satisfied with the result. It was especially nice to see how people experienced our VR experience at the Werkschau.